Sign up for our email list and get automatically
entered to win a free shirt* of your choice PLUS get great deals and promotions delivered to your inbox!
clippers T-Shirts

White Mens clippers T-shirt
Dynamically designed by you based off your unique search, this customizable, casual and loose fitting t-shirt will quickly become one of your favorites. Made from 6.0 oz, pre-shrunk 100% cotton, it wears well on anyone. We’ve double-needle stitched the bottom and sleeve hems for extra durability. 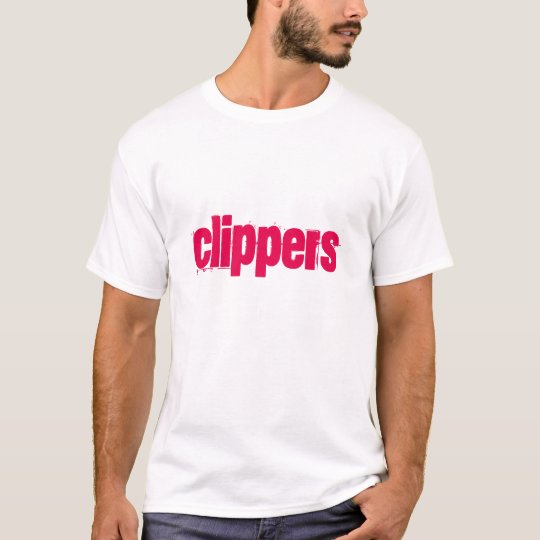 Red Lettering Modern clippers T-shirt. Dynamically designed by you, this customizable, heavyweight white t-shirt with red lettering. Custom letters stand out with bold red type and modern twist. Made from 6.0 oz, pre-shrunk 100% cotton, it wears well on anyone. We’ve double-needle stitched the bottom and sleeve hems for extra durability.

Black and Red clippers T-shirt
Dynamically created by you, this customizable, rocker shirt breaks the mold with its thin bright red artistic font. Made from 6.0 oz, pre-shrunk 100% cotton, it wears well on anyone. We’ve double-needle stitched the bottom and sleeve hems for extra durability.

Girls Natural Handwriting clippers T-shirt
Dynamically designed by you, this customizable tshirt is sure to become a personal favorite. This Women's T-Shirt has a relaxed, with beautiful handwriting font design. Its incredible softness will keep you comfortable no matter what you are up to. Wear it by itself or under a sweater.

Doesn't Play Well With Racists T-Shirt
Give them a heads-up!

Keep Calm: Barber Humor Hoodie
Barber Shop humor with "Keep Calm and Get Buzzed" with an illustration of a pair of crossed barber hair clippers.

Clipper Ship Western Shore Sweatshirt
The Western Shore was built by John Kruse, in North Bend, Oregon for Asa and Robert Simpson who designed her. She was launched on October 10, 1874. She was the only Clipper ship built on the West Coast of the United States. She was 186 feet long and weighed 1,188 tons. She was most famously noted for setting a speed record of 101 days from Portland, Oregon to Liverpool, England in 1876 and in 1877 making the same trip from San Francisco in 110 days. She wrecked on Duxbury Reef entering San Francisco Bay in 1878 and sunk within 3 hours of hitting the reef. Original painting done circa 1960s by Dorothy Helene Kruse Irvin.

BLACK PIRATE SHIP T-Shirt
Impress onlookers with a professionally designed black pirate ship at sea. Background eliminated for that special image of a pirate ship you can be proud to display.

Baltimore Clippers T-Shirt
The Baltimore Clippers were an American professional ice hockey team. They were the first of three Baltimore franchise team entries into the American Hockey League which played on a minor league level beneath the older, larger, and more widespread National Hockey League which extended from the United States into Canada. There they played from 1962?1976. The Clippers won their division three times: 1970?1971, 1971?1972, and 1973?1974