Sign up for our email list and get automatically
entered to win a free shirt* of your choice PLUS get great deals and promotions delivered to your inbox!
countries T-Shirts 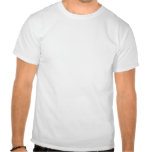 White Mens countries T-shirt
Dynamically designed by you based off your unique search, this customizable, casual and loose fitting t-shirt will quickly become one of your favorites. Made from 6.0 oz, pre-shrunk 100% cotton, it wears well on anyone. We’ve double-needle stitched the bottom and sleeve hems for extra durability.

White Mens countries T-shirt
Dynamically designed by you based off your unique search, this customizable, casual and loose fitting t-shirt will quickly become one of your favorites. Made from 6.0 oz, pre-shrunk 100% cotton, it wears well on anyone. We’ve double-needle stitched the bottom and sleeve hems for extra durability.

African Map of Africa flags within country maps T-Shirt
Map of Africa with country flags showing the map of each African country. From Algeria in the North to Tanzania in the South East, from Kenya in the East to nigeria in the West from Egypt in the Far North to South Africa in the far South - each country of Africa is identified by its flag map.

For King and Country Black and White Logo T-Shirt
For King and Country is a brand that allows you to share your faith in a stylish way. The crest has 4 sections: the Chi Rho (The Greek word for Christ is Christos and the Greek lettering is ???????. The first letter '?' (chi) and the second letter '?' (rho), form the monogram of Christ. Add to this Alpha (?) and Omega (?) and we have a complete acronym for the words of Jesus: "I am the Alpha and Omega"), the Lion wearing a crown (symbolizing Christ as the Lion of Judah and king), fish hook with "IHS" (fish hook symbolizing Christ calling us "fishers of men" and IHS is the abbreviation or shortening of Jesus' name in Greek to the first three letters. Thus ??????, ????? - i?sus, "Jesus" - is shortened to ??? - iota-eta-sigma), Key of David (The Key of David is the key that unlocks Scripture, shuts doors no man can open and opens doors no man can close, Jesus refers to it in Revelation 3:7-8). And finally, it has the words "Resurrexit Sicut Dixit" in a banner in front of the shield which means "He has risen as he said" in Latin.

Beer, Camping & Country Music Tank Top
Get your quote on with this tee!

Michigan is GOD'S COUNTRY T-Shirt
Stylish, classic, with a message. This design features the outline of the state of Michigan, with text that reads GOD'S COUNTRY. Available on over 100 different styles of tshirt and hoodie, in tons of colors, and sizes for everyone in the family, including kids and babies. Created by Scarebaby Design, backed by the Zazzle guarantee of quality.

Country Over Party T-Shirt
It's time to say enough. Country over party.

U.S. Fund for UNICEF T-Shirt
UNICEF works in 190 countries and territories to save and improve children's lives, providing health care and immunizations, clean water and sanitation, nutrition, education, emergency relief and more. The U.S. Fund for UNICEF supports UNICEF's work through fundraising, advocacy, and education in the United States. Together, we are working toward the day when ZERO children die from preventable causes and every child has a safe and healthy childhood.